Last week, I received an email where a college student wrote: “As a third-year student in Computer Science I want to use my knowledge to do something good but my friends said it is a “noble idea” but not practical as I need to make a living and have a lot of money before I can help others. Please advice.“

Answer: “You can help a lot of people with your passion and kindness. You do NOT have to wait until you have money to do anything. Opportunity to help someone is happening every day, everywhere, and anyone can do that without even having money. Do not hesitate when you see something that you can help someone. It is better to do something small NOW then waiting to do something big in the future.” 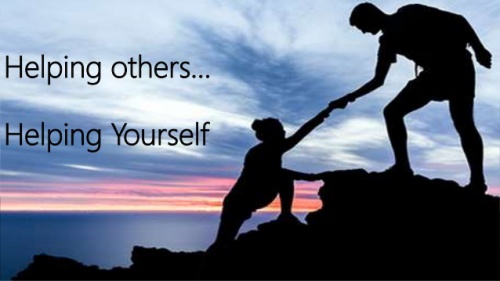 “As a third-year Computer Science student, you can use your knowledge and skills to educate others, especially poor children in rural areas who have limited schooling because they have to help their parents to work in the field. If thousands of these children do not have a good education, they will never get out of the poverty. Is it possible for you and your friends volunteer to teach them during your summer when you have the time? What these children need is knowing how to read, write, and basic arithmetic. If they already know these subjects, you may teach them about programming using simple languages such as Scratch, Alice, or Swift. If you live in a city and cannot reach children in the rural area, you can create online courses for these children where you can reach many of them, assume that they have access to the Internet. There are hundreds of online courses that teach children to program on the Internet but most of them are in English. It would be best if you could base on that to create your own course using your language. The learning and skill development of children is often linked to the language that they speak. If they are taught in their own language, they can learn quickly. If they must learn a new language or new terminology which they do not understand, their learning is constrained. In my opinion, it is essential to have online courses taught in the local language, if possible.

Children today are very active, they can learn many things by themselves if they have the tools. Let me share with you a real story that inspires me greatly. It is called the “Hole in the wall.” In 1999, a software engineer named Sugata Mitra who lived near the slum in New Delhi, India. Every day, he watched the poor children helping their parents to pick materials from the garbages dump to sell for their living. When they had time, they played around the garbage instead of going to school. One day, he had an idea by placing a computer into a hole in a wall in front of his house located next to the garbage dump to see what these children would do. To his surprise, in a few days, the children figured out how to use the computer. He loaded his computer with molecular biology materials and wait to see what they would do. Over a few weeks, these children began to learn the materials by themselves by keep watching the video. Mitra gave them a test on the molecular biology materials. To his surprise, 63% of the children answered the questions correctly and were given a small reward of candies. Mitra waited another month and gave them another test. This time 98% of the children passed the test by getting every question right. He concluded: “If you put a computer in front of the children, they will learn by themselves just like bees around a flower.”

Mitra published his finding in a scientific journal and concluded: “Children can learn by themselves without the teacher if they are given the proper tools.” For his experiment, he received a million dollars award to continue his work with poor children. Now he buys thousand of tablets for poor children all over rural areas in India and connects them to online courses where children learn programming. In most Indian’s remote villages, there is no teacher, no classroom, no curriculum, and no separation of age group. Any children can learn if they do not have to help their parents in the field. Mitra ‘s open computer school only have one person who monitors children for their safety and manages the tablets (Six children share one tablet.) He concluded: “The Information Technology has enabled a new style of learning that was not possible before. By giving poor children access to a tool and online courses, they can learn how to self-educate themselves. By letting them pursue their own interests and sharpen their hunger for knowledge, they will be able to take care of themselves. With the programming skills, many poor children can get a job working in the technology industry instead of the farms or garbage dump of the slums then spend a lifetime in poverty.”